Forensics 4 Justice will help promote the development of forensic science into a mature field of multidisciplinary research, provide education programs and practices that are founded on the systematic collection and analysis of relevant data.

Create and establish a Forensic Science of Excellence incubator model between forensic offices professionals, researchers and educational institutions that can be replicated nationally with the intent of expansion on to an international level.

Establish laboratories and or relationships with labs for forensic science testing that promotes accreditation, fiscal responsibility, and eliminates waste and backlog.

Create educational programs that curtail or eliminate injury and death through the promotion of scholarly, competitive peer-reviewed research and technical development in the forensic science disciplines.

Assess the needs of victims both living and deceased, as well as forensic professionals, to formulate better practices that establish compassion and healing during "real time" crisis situations in field investigation and during and after death or injury occurs.

Become a beacon of refuge, hope, and healing for everyone who deals with loss of life. While finding innovative ways to prevent such tragedies from occurring in the first place.

The history of Forensics 4 Justice is unique. It all began around the idea of a piece of lab equipment that was needed by the Fayette County Coroner's Office in Southwestern Pennsylvania. Deputy Coroner Mark Reilly was encountering an issue with a surge of young adults dying from drug overdoses in a region that was heavily plagued by economic and social problems. The economic problems also extended into the Coroner's Office.

Deputy Coroner Reilly knew that the desired piece of lab equipment would eliminate the need for autopsies, cut backlog, decrease spending and provide closure and healing to families of the decedents by narrowing the time for releasing the decedent to burial. However, the desired piece of equipment was quite costly and often owned by commercial labs. Commercial labs often took over 3 weeks to return lab results needed in these cases to prove a suspected drug overdose death.

Deputy Coroner Reilly knew that the test could be performed with quantitative results back in as little as 24 hours. He spoke with numerous labs and institutions to see if they could meet the needs of the Fayette County Coroner's Office. The answer was always the same. They simply said no.

Deputy Coroner Reilly starting speaking with other Coroners and Medical Examiners and found they too were experiencing the same problem. This prompted him to ask other forensic professionals about problems they were encountering in their fields and soon realized that the scope of various issues plaguing the forensic community was vast. Despite the enormity of problems in the field it was evident that they were solvable.

Deputy Coroner Reilly realizing that these problems could be solved decided to take it upon himself to spearhead an organization that would not just focus on his Coroner's Office, but would be a cornerstone of solutions for all Forensic Professionals. Deputy Coroner Reilly with help from his colleagues Mary Beth Salatino and Farukh Naqvi established Forensics 4 Justice in 2011. Forensics 4 Justice was established with the full belief and intent that all issues can be solved through common sense, communication, science, and dedication as long as the focus begins with a common starting point.

Forensics 4 Justice is the common starting point for forensic professionals and the communities and individuals that they serve. We are the beginning starting point to end problems in the field of Forensics. Forensics 4 Justice understands that in truth everything is fair, equitable, and solvable. We provide forensic professionals with solutions that will help improve the justice system. 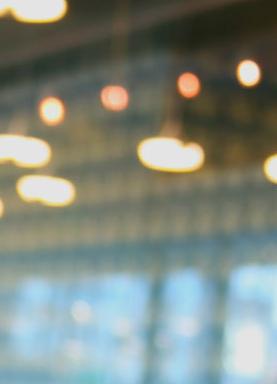 The mission of Forensics 4 Justice is to protect and serve communities by providing solutions for forensic professionals and those that they serve.

Our Vision is to establish a model of forensic standards, procedures, and practices world-wide that would alleviate and eradicate problems in cases of mortality experienced by forensic professionals, first responders, and the scientific and medical communities and the victims of crime and tragedy.